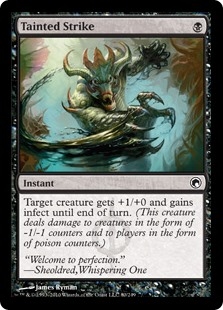 Target creature gets +1/+0 and gains infect until end of turn. (It deals damage to creatures in the form of -1/-1 counters and to players in the form of poison counters.)