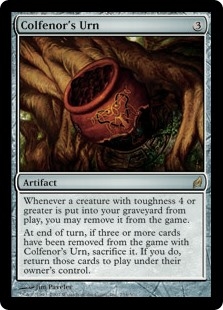 Whenever a creature with toughness 4 or greater is put into your graveyard from the battlefield, you may exile it.

At the beginning of the end step, if three or more cards have been exiled with Colfenor's Urn, sacrifice it. If you do, return those cards to the battlefield under their owner's control.

The second ability checks how many creatures have been exiled with Colfenor’s Urn over the course of the entire game.

The second ability forces you to sacrifice Colfenor’s Urn. If the ability triggers and the Urn isn’t sacrificed (because it left the battlefield or changed controllers, for example), the exiled cards won’t be returned to the battlefield.

The first ability triggers when a token creature with toughness 4 or greater is put into your graveyard. However, that token will cease to exist before Colfenor’s Plans can exile it. 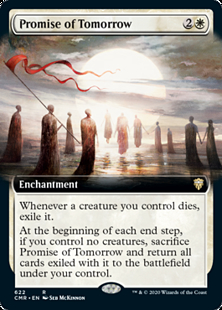 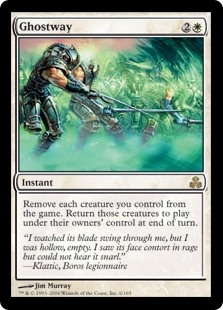 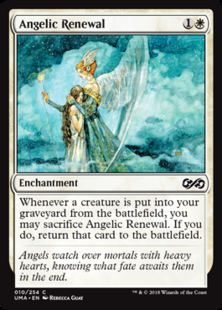