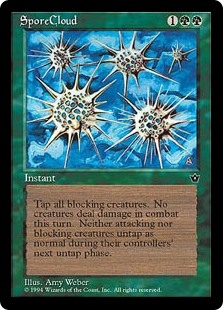 If a creature affected by Spore Cloud is untapped at the time its controller’s next untap step begins, the “doesn’t untap” effect doesn’t do anything. It won’t apply at some later time when that creature is tapped.