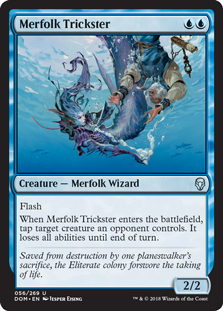 When Merfolk Trickster enters the battlefield, tap target creature an opponent controls. It loses all abilities until end of turn.

Once you announce that you’re casting a spell or activating an ability, no player may take other actions until the spell or ability has been paid for. Notably, players can’t try to remove a permanent’s activated abilities to stop them from happening. Once activated, the ability on the stack will resolve even if the creature loses the ability.

If the target creature has an ability that triggers when it becomes tapped, that ability triggers before it loses all abilities. 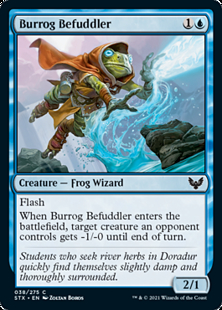 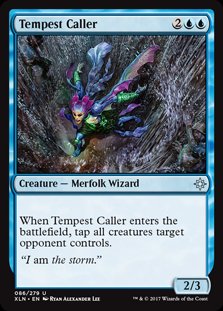