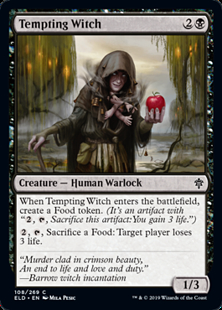 When Tempting Witch enters the battlefield, create a Food token. (It's an artifact with "{2}, {T}, Sacrifice this artifact: You gain 3 life.")