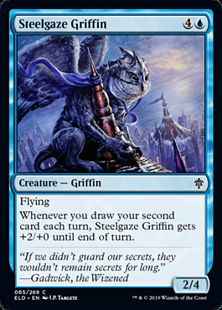 Whenever you draw your second card each turn, Steelgaze Griffin gets +2/+0 until end of turn.