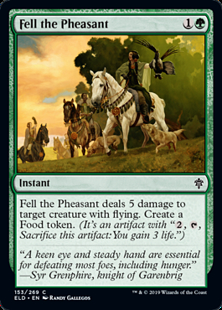 Fell the Pheasant deals 5 damage to target creature with flying. Create a Food token. (It's an artifact with "{2}, {T}, Sacrifice this artifact: You gain 3 life.")

Some spells that instruct you to create a Food token have targets. You can’t cast these spells without choosing all required targets, and if all of those targets become illegal targets, the spell won’t resolve and you won’t create any Food. If some but not all of those targets become illegal, you’ll do as much as possible, including creating Food. 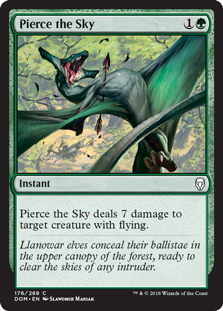 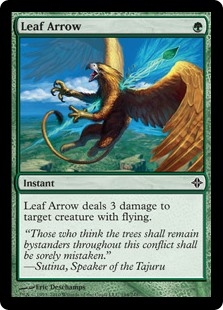 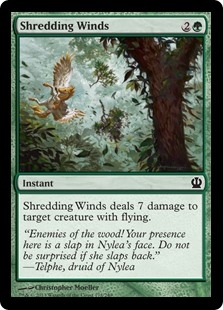