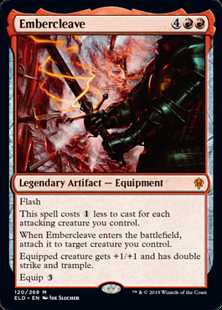 This spell costs {1} less to cast for each attacking creature you control.

When Embercleave enters the battlefield, attach it to target creature you control.

Equipped creature gets +1/+1 and has double strike and trample.

If you cast Embercleave outside of your combat phase, its cost won’t be reduced.

If there are no creatures to attach Embercleave to when it enters the battlefield, it simply remains unattached.

To determine the total cost of a spell, start with the mana cost or alternative cost you’re paying, add any cost increases, then apply any cost reductions. The converted mana cost of the spell remains unchanged, no matter what the total cost to cast it was.

The cost reduction ability reduces only the generic mana in the relic’s cost. The colored mana must still be paid.

Once you announce that you’re casting a spell, no player may take actions until the spell has been paid for. Notably, opponents can’t try to change by how much a relic’s cost is reduced. 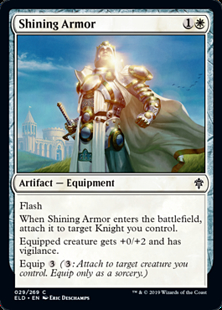 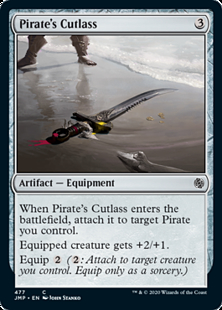 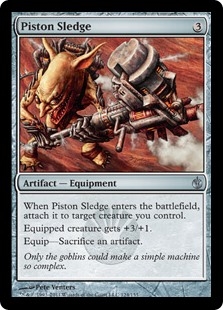