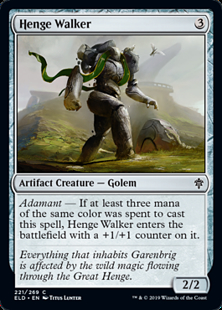 Adamant — If at least three mana of the same color was spent to cast this spell, Henge Walker enters the battlefield with a +1/+1 counter on it.