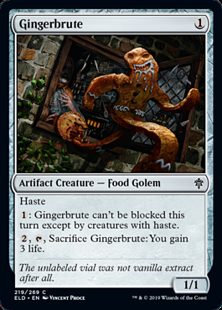 {1}: Gingerbrute can't be blocked this turn except by creatures with haste.

Activating Gingerbrute’s middle ability after it has become blocked by a creature without haste won’t cause it to become unblocked.