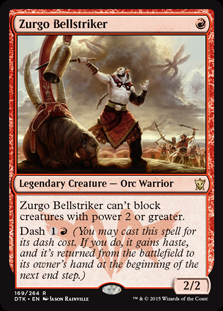 Dash {1}{R} (You may cast this spell for its dash cost. If you do, it gains haste, and it's returned from the battlefield to its owner's hand at the beginning of the next end step.)

Once Zurgo Bellstriker has legally blocked a creature, raising that creature’s power to 2 or greater won’t undo the block.

Even though both cards portray the same character, Zurgo Bellstriker and Zurgo Helmsmasher have different names. Controlling both of them won’t invoke the “legend rule.” 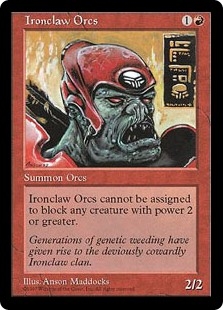 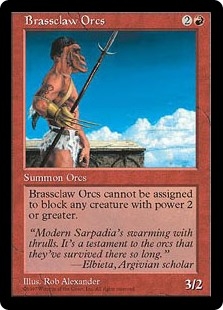 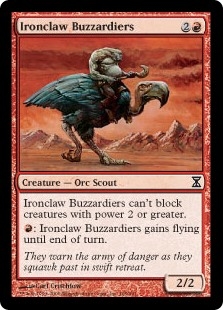