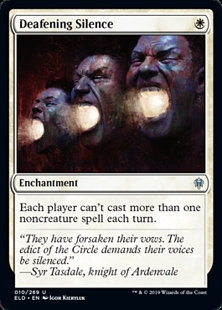 Each player can't cast more than one noncreature spell each turn.