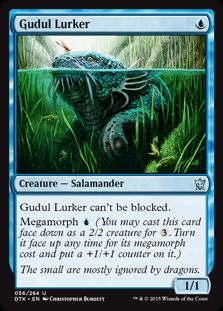 If a face-down Gudul Lurker attacks and is blocked, turning it face up won’t cause it to become unblocked.