When Terastodon enters the battlefield, you may destroy up to three target noncreature permanents. For each permanent put into a graveyard this way, its controller creates a 3/3 green Elephant creature token.

The targeted permanents may be controlled by different players. 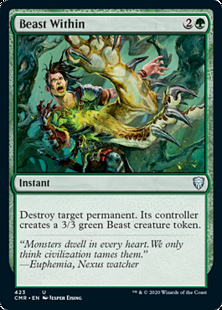 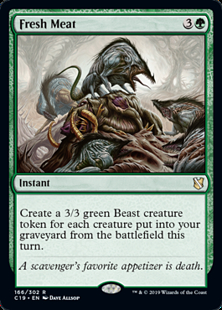 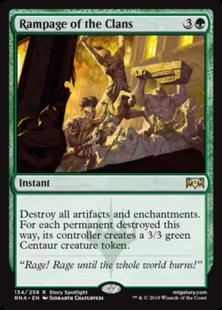