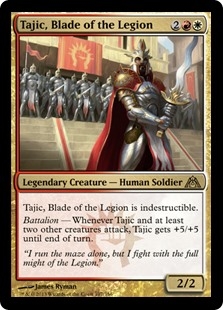 Battalion — Whenever Tajic, Blade of the Legion and at least two other creatures attack, Tajic gets +5/+5 until end of turn.

The effects of battalion abilities vary from card to card. Read each card carefully.

The three attacking creatures don’t have to be attacking the same player or planeswalker.

Once a battalion ability has triggered, it doesn’t matter how many creatures are still attacking when that ability resolves. 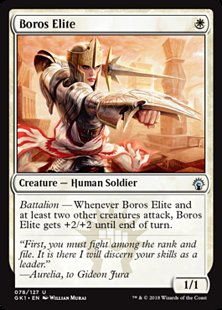 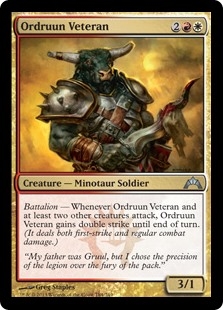 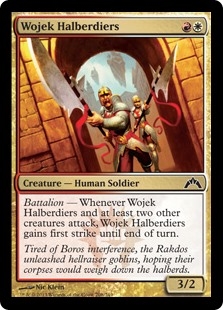