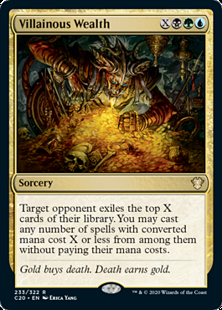 Target opponent exiles the top X cards of their library. You may cast any number of spells with converted mana cost X or less from among them without paying their mana costs.

Any cards you don’t cast this way will remain in exile.

You cast the cards one at a time as Villainous Wealth is resolving, choosing modes, targets, and so on. The last card you cast will be the first one to resolve. Ignore timing restrictions based on the cards’ types. Other timing restrictions, such as “Cast [this card] only during combat,” must be followed.

If a card has {X} in its mana cost, you must choose 0 as the value for X when casting it. 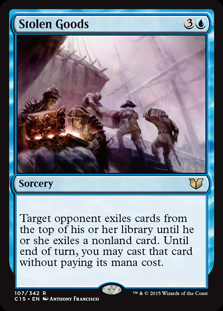 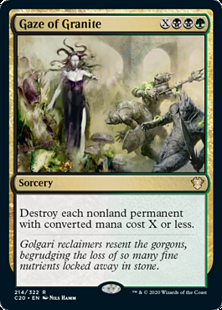 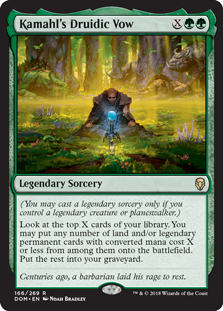