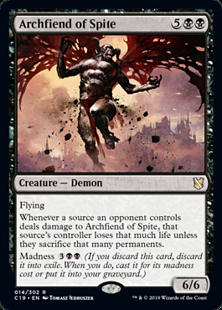 Whenever a source an opponent controls deals damage to Archfiend of Spite, that source's controller loses that much life unless they sacrifice that many permanents.

Madness {3}{B}{B} (If you discard this card, discard it into exile. When you do, cast it for its madness cost or put it into your graveyard.)

The source’s controller must either sacrifice permanents or lose life. They can’t choose to sacrifice some permanents and lose some life.

If the player doesn’t control enough permanents that they can sacrifice, they must lose life.

The player may always choose not to sacrifice permanents, even if they will end up losing more life than they have or if an effect (such as that of Platinum Emperion) says that they can’t lose life. 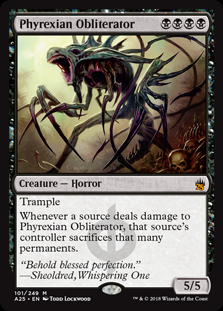 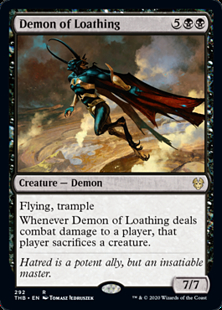 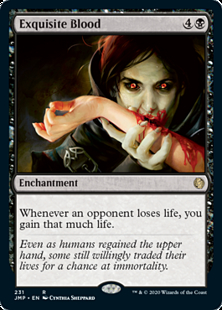