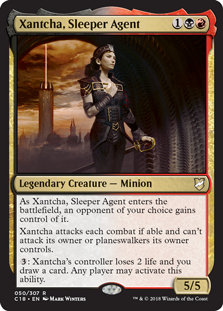 Xantcha, Sleeper Agent enters the battlefield under the control of an opponent of your choice.

Xantcha attacks each combat if able and can't attack its owner or planeswalkers its owner controls.

{3}: Xantcha's controller loses 2 life and you draw a card. Any player may activate this ability.

Xantcha’s controller may activate its last ability. In this case, the same player loses 2 life and draws a card.

Xantcha’s first ability is a replacement effect that modifies how it enters the battlefield, not a triggered ability. Players can’t take actions (such as activating its last ability) while Xantcha’s on the battlefield before it’s controlled by another player.

If Xantcha can’t attack for any reason (such as being tapped or having come under that player’s control that turn), then it doesn’t attack. If there’s a cost associated with having it attack, the player isn’t forced to pay that cost, so it doesn’t have to attack in that case either.

If a player creates a token that’s a copy of Xantcha, the player who creates the token is its owner, not the player under whose control it enters the battlefield. This is a change from previous rules. 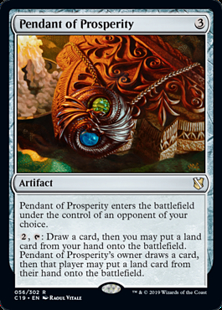 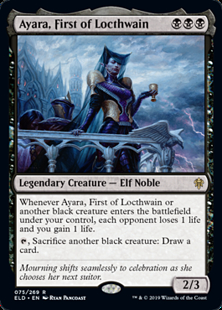 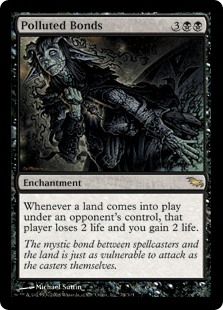