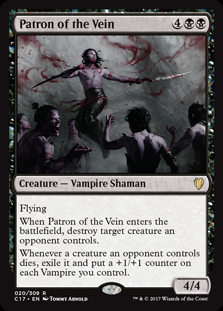 When Patron of the Vein enters the battlefield, destroy target creature an opponent controls.

Whenever a creature an opponent controls dies, exile it and put a +1/+1 counter on each Vampire you control.

Patron of the Vein’s last ability puts a +1/+1 counter on each Vampire you control, including itself, even if the creature that died can’t be exiled (most likely because it was a token). 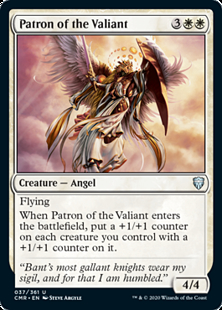 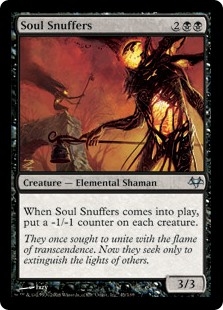 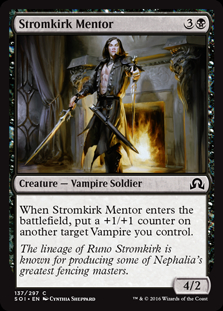