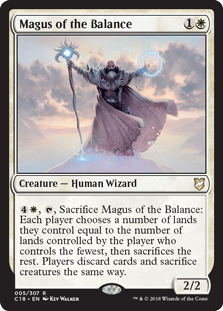 {4}{W}, {T}, Sacrifice Magus of the Balance: Each player chooses a number of lands they control equal to the number of lands controlled by the player who controls the fewest, then sacrifices the rest. Players discard cards and sacrifice creatures the same way.

When Magus of the Balance’s ability resolves, first the player whose turn it is chooses an appropriate number of lands they control (which may be zero if that player doesn’t control more lands than the player who controls the fewest). Then each other player in turn order does the same, knowing choices made by previous players. Finally, all of the chosen lands are sacrificed simultaneously. Players repeat this process for cards in hand and creatures they control, except while choosing cards in hand, players won’t know the identity of cards chosen by the previous players. 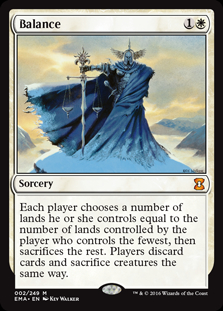 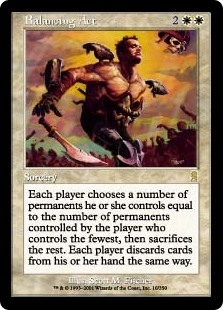 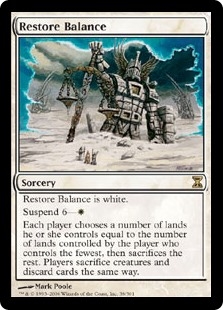