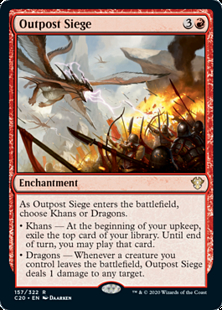 As Outpost Siege enters the battlefield, choose Khans or Dragons.

• Khans — At the beginning of your upkeep, exile the top card of your library. Until end of turn, you may play that card.

• Dragons — Whenever a creature you control leaves the battlefield, Outpost Siege deals 1 damage to any target.

The card exiled by the “Khans” ability is exiled face up. Playing a card exiled with the “Khans” ability follows the normal rules for playing the card. You must pay its costs, and you must follow all applicable timing rules. For example, if it’s a creature card, you can cast it only during your main phase while the stack is empty.

If a noncreature card is manifested and then leaves the battlefield while face down, the “Dragons” ability will trigger.

Each Siege will have one of the two listed abilities, depending on your choice as it enters the battlefield. 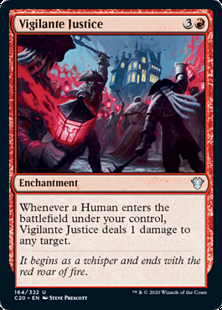 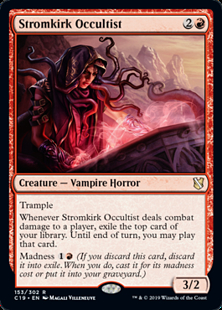 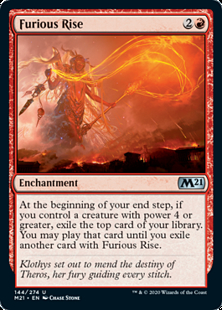