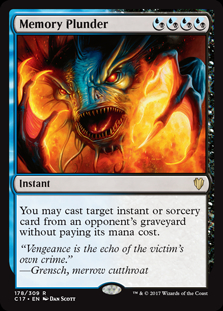 You may cast target instant or sorcery card from an opponent's graveyard without paying its mana cost.

If you want to cast the card, you cast it as part of the resolution of Memory Plunder. Timing restrictions based on the card’s type are ignored if it’s a sorcery. Other casting restrictions are not (such as “Cast [this card] only during combat”).

If you are unable to cast the card (there are no legal targets for the spell, for example), nothing happens when Memory Plunder resolves, and the card remains in its owner’s graveyard.

If you cast a card “without paying its mana cost,” you can’t pay any alternative costs. On the other hand, if the card has additional costs (such as conspire), you may pay those. 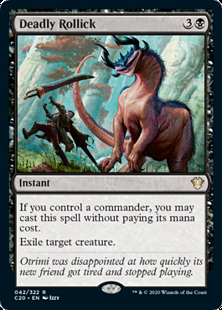 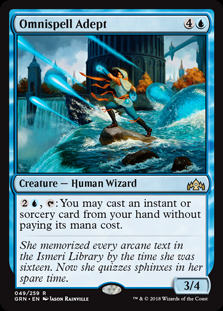 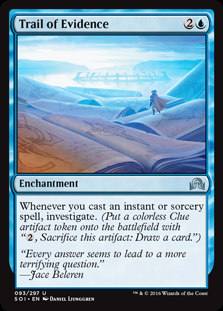