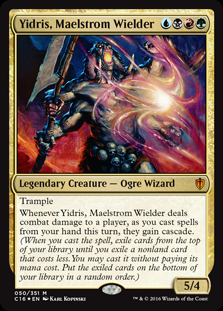 Whenever Yidris, Maelstrom Wielder deals combat damage to a player, as you cast spells from your hand this turn, they gain cascade. (When you cast the spell, exile cards from the top of your library until you exile a nonland card that costs less. You may cast it without paying its mana cost. Put the exiled cards on the bottom of your library in a random order.)

Spells you cast from your hand this turn will gain cascade even if Yidris leaves the battlefield.

When the cascade ability resolves, you must exile cards. The only optional part of the ability is whether or not you cast the last card exiled.

If a spell with cascade is countered, the cascade ability will still resolve normally.

You exile the cards face up. All players will be able to see them.

You don’t have to cast the last card exiled by a cascade ability. If you choose to do so, you’re casting it as a spell. It can be countered. Since it’s cast from exile, Ydris’s ability won’t give the new spell cascade. 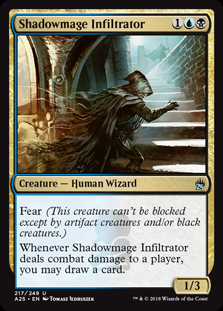 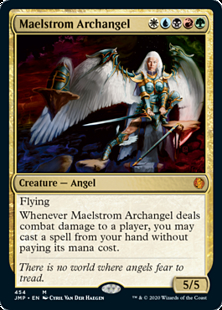 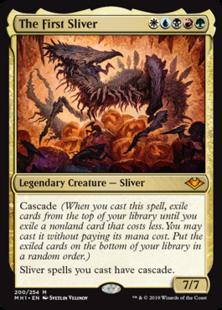