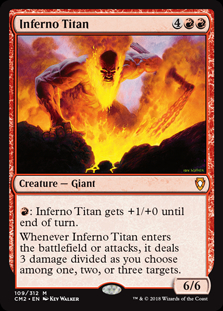 Whenever Inferno Titan enters the battlefield or attacks, it deals 3 damage divided as you choose among one, two, or three targets. 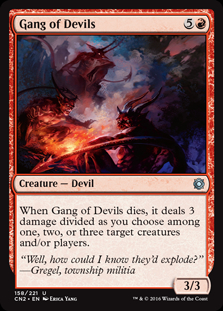 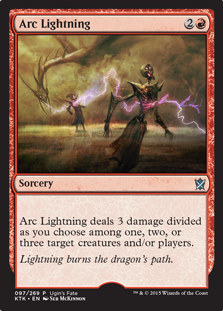 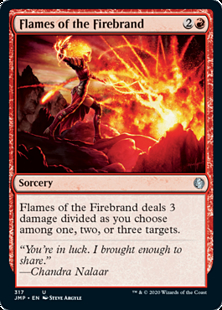