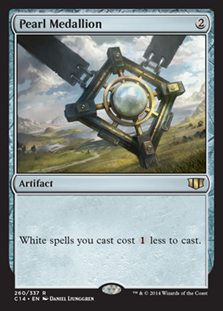 The generic X cost is still considered generic even if there is a requirement that a specific color be used for it. For example, “only black mana can be spent this way”. This distinction is important for effects which reduce the generic portion of a spell’s cost.

This can lower the cost to zero, but not below zero.

The effect is cumulative.

The lower cost is not optional like with some other cost reducers.

Can never affect the colored part of the cost.

If this card is sacrificed to pay part of a spell’s cost, the cost reduction still applies.