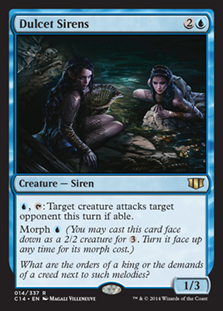 “Target opponent” means one of your opponents. In other words, Dulcet Sirens’s ability can’t make a creature attack you.

The target creature must attack the target opponent if able, not a planeswalker controlled by that player.

If, as attackers are declared, the target creature is tapped, is affected by a spell or ability that says it can’t attack, or hasn’t been under its controller’s control continuously since their last turn began (and doesn’t have haste), then it doesn’t attack. If there’s a cost associated with having the creature attack the opponent, its controller isn’t forced to pay that cost, so it doesn’t have to attack that player in that case either.

If the creature can’t attack the player for one of the above reasons but it can still attack elsewhere, its controller may choose to have it attack another player, attack a planeswalker, or not attack at all.

If either the target creature or the target player is an illegal target when the activated ability tries to resolve, the ability will have no effect. The creature won’t be forced to attack that opponent, but it still can if able. 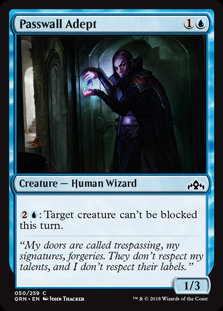 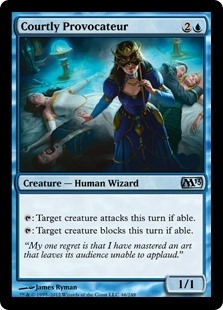