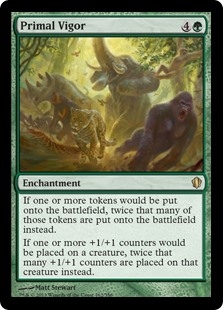 If one or more tokens would be created, twice that many of those tokens are created instead.

It doesn’t matter who controls the tokens or the creature that the +1/+1 counters are being placed on.