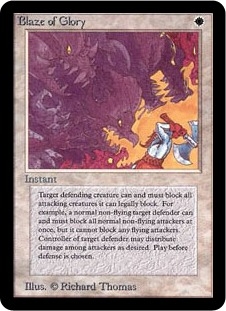 Cast this spell only during combat before blockers are declared.

Target creature defending player controls can block any number of creatures this turn. It blocks each attacking creature this turn if able.

If a turn has multiple combat phases, this spell can be cast during any of them as long as it’s before the beginning of that phase’s Declare Blockers Step. 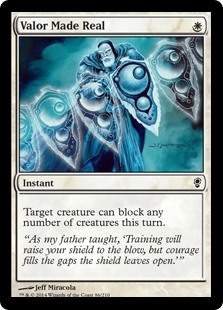 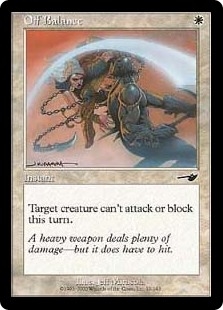 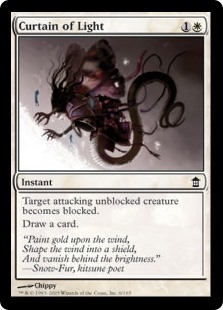