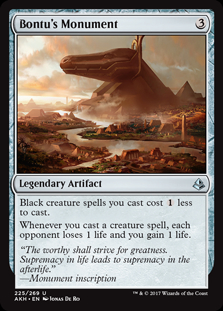 Whenever you cast a creature spell, each opponent loses 1 life and you gain 1 life.

In a Two-Headed Giant game, the triggered ability of Bontu’s Monument causes the opposing team to lose 2 life and you gain 1 life.

A creature spell that’s multiple colors is each of those colors. For example, Ahn-Crop Champion is a white creature and a green creature, so it can benefit from either Oketra’s Monument or Rhonas’s Monument—or both at once.

To determine the total cost of a creature spell, start with the mana cost or alternative cost you’re paying, add any cost increases, then apply any cost reductions. The converted mana cost of the creature remains unchanged, no matter what the total cost to cast it was. 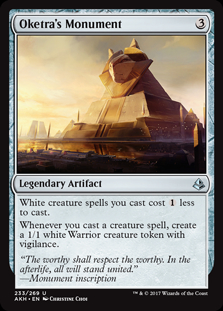 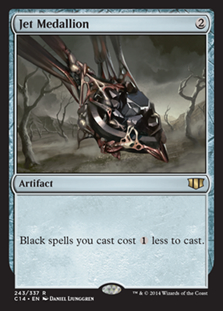 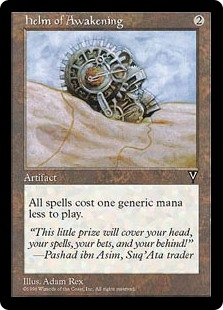