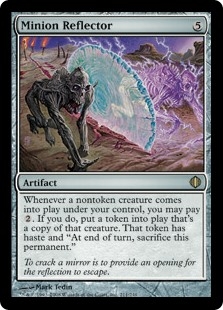 Whenever a nontoken creature enters the battlefield under your control, you may pay {2}. If you do, create a token that's a copy of that creature, except it has haste and "At the beginning of the end step, sacrifice this permanent."

The copiable values of the token’s characteristics are the same as the copiable values of the characteristics of the creature it’s copying, plus haste and “At end of turn, sacrifice this permanent.” That means if something becomes a copy of the token, it will also have haste and it will also have to be sacrificed at the end of the turn.

If the creature that caused Minion Reflector’s ability to trigger has already left the battlefield by the time the ability resolves, you can still pay {2}. If you do, you’ll still put a token onto the battlefield. That token has the copiable values of the characteristics of that nontoken creature as it last existed on the battlefield. 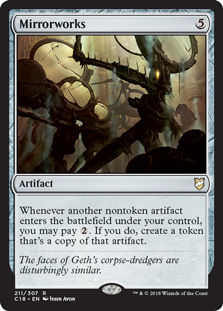 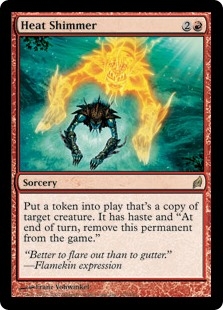 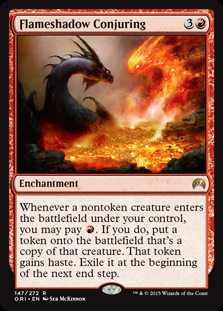