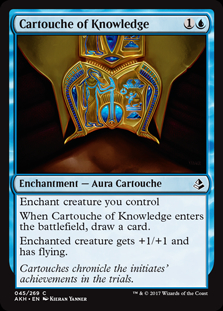 When Cartouche of Knowledge enters the battlefield, draw a card.

Enchanted creature gets +1/+1 and has flying.

Cartouche is an enchantment subtype with no special meaning. Other cards may care about which enchantments are Cartouches.

If the target creature becomes an illegal target before a Cartouche spell resolves, the spell doesn’t resolve. It doesn’t enter the battlefield.

Each Cartouche is an Aura with “Enchant creature you control.” If another player gains control of either the Cartouche or the enchanted creature (but not both), then the Cartouche will be enchanting an illegal permanent and be put into its owner’s graveyard as a state-based action. 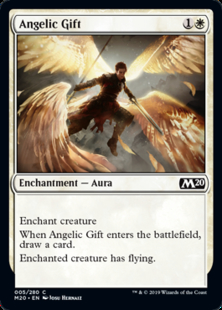 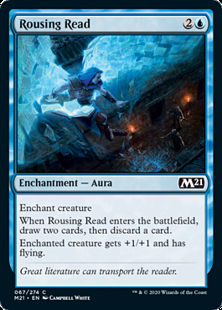 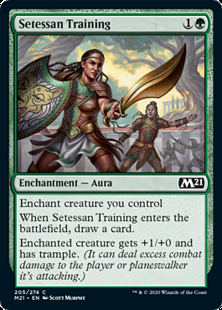