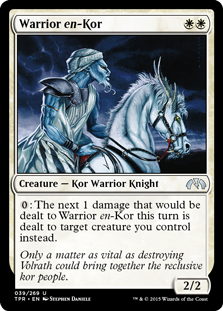 {0}: The next 1 damage that would be dealt to Warrior en-Kor this turn is dealt to target creature you control instead.

The ability of this card does not do anything to stop Trample damage from being assigned to the defending player.

It can redirect damage to itself.

It is possible to redirect more damage to a creature than that creature’s toughness.

You can use this ability as much as you want prior to damage being dealt. 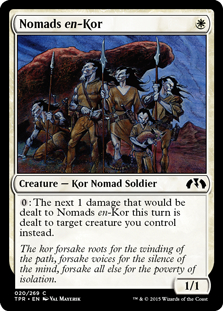 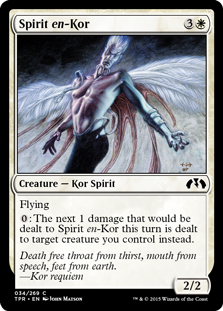 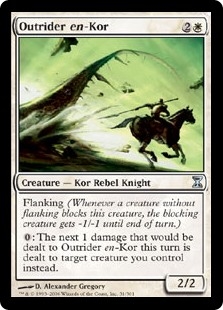