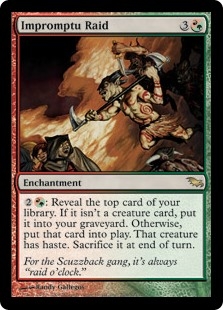 {2}{R/G}: Reveal the top card of your library. If it isn't a creature card, put it into your graveyard. Otherwise, put that card onto the battlefield. That creature gains haste. Sacrifice it at the beginning of the next end step. 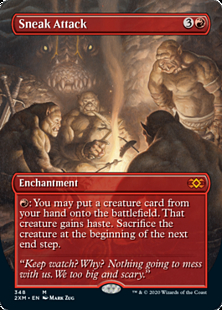 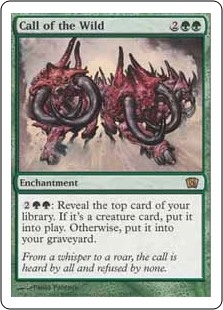 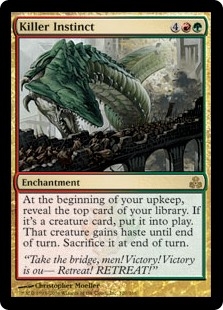