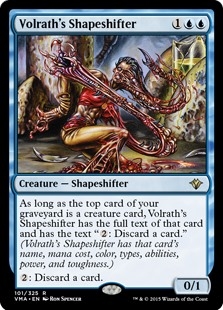 The ability that sets its characteristics is a text-changing effect.

If the top card in your graveyard is a creature card, this card uses the listed characteristics, including color and any other types. But, this card keeps the granted ability in addition to those from the card being copied.

When it changes forms, any “enters the battlefield” abilities of the card it “copies” do not trigger.

A copy of a Volrath’s Shapeshifter will have the shapeshifting ability.

If the top card in your graveyard isn’t a creature card (meaning a card with the type Creature, which may or may not have other types such as Artifact or Enchantment), then it’s just a 0/1 blue creature. Older cards of type Summon are also Creature cards. 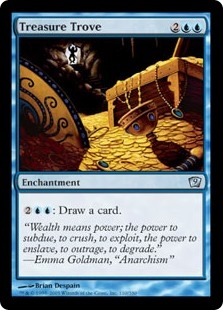 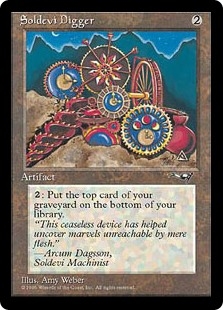 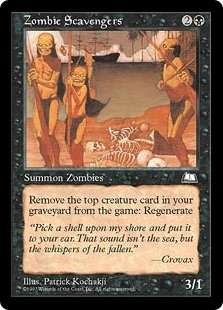