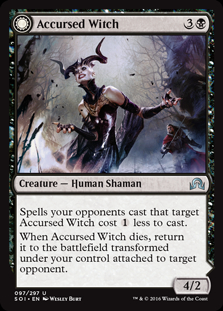 When Accursed Witch dies, return it to the battlefield transformed under your control attached to target opponent.

Accursed Witch’s first ability affects all spells cast by your opponents that target it, including Aura spells and spells that have additional targets. It doesn’t affect abilities.

If an effect causes Accursed Witch to transform on the battlefield, rather than leaving it and returning transformed, then Infectious Curse doesn’t become attached to any player and is put into your graveyard. This won’t cause abilities that trigger when a creature leaves the battlefield to trigger.

Infectious Curse’s middle ability affects all spells you cast that target the enchanted player, including Aura spells and spells that have additional targets. It doesn’t affect abilities. 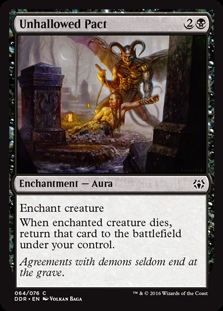 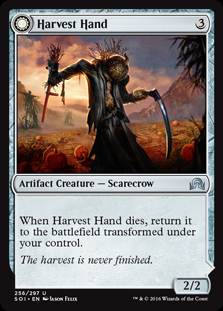 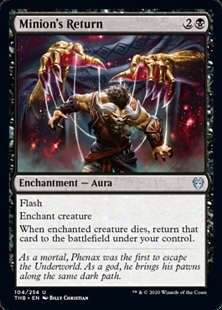