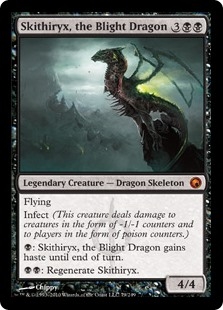 {B}: Skithiryx, the Blight Dragon gains haste until end of turn.