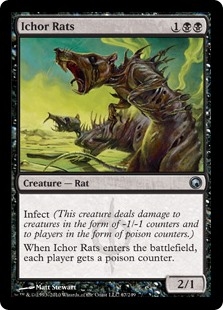 When Ichor Rats enters the battlefield, each player gets a poison counter.

If Ichor Rats’s last ability causes each player to have ten poison counters, the game is a draw.