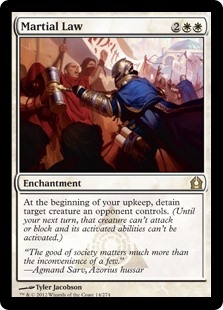 At the beginning of your upkeep, detain target creature an opponent controls. (Until your next turn, that creature can't attack or block and its activated abilities can't be activated.)

If a creature is already attacking or blocking when it’s detained, it won’t be removed from combat. It will continue to attack or block.

If a permanent’s activated ability is on the stack when that permanent is detained, the ability will be unaffected.

If a noncreature permanent is detained and later turns into a creature, it won’t be able to attack or block.

When a player leaves a multiplayer game, any continuous effects with durations that last until that player’s next turn or until a specific point in that turn will last until that turn would have begun. They neither expire immediately nor last indefinitely. 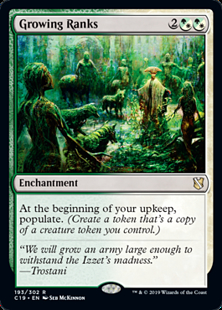 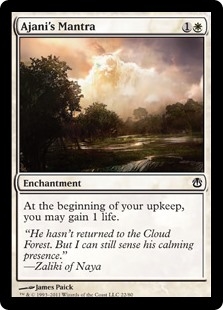 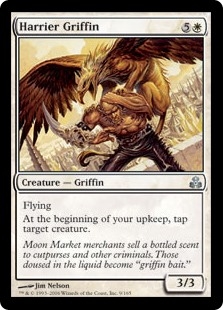