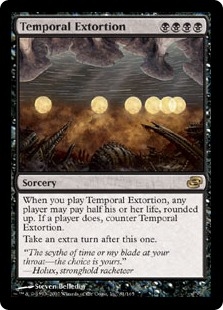 When you cast this spell, any player may pay half their life, rounded up. If a player does, counter Temporal Extortion.

Take an extra turn after this one.

When this spell is cast, its “when you cast” ability triggers and goes on the stack on top of it. 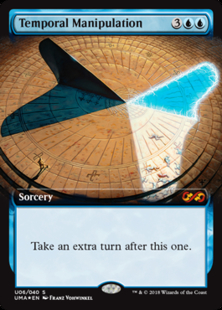 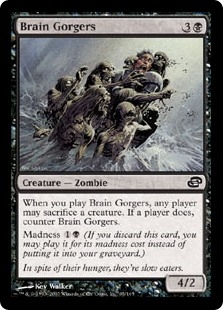 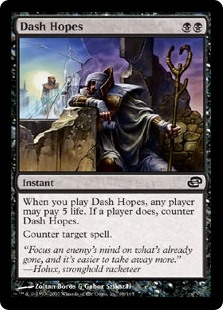