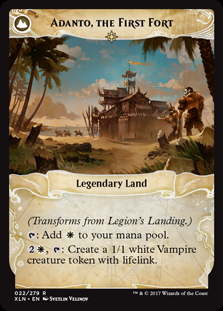 Once you’ve attacked with three or more creatures, Legion’s Landing will transform even if some of those creatures leave the battlefield or are removed from combat.