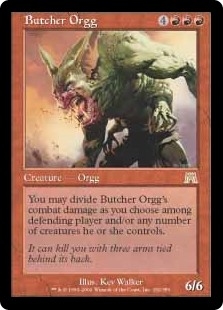 You may assign Butcher Orgg's combat damage divided as you choose among defending player and/or any number of creatures they control.

You can use the ability to divide damage even if it is not blocked.

If you choose to use the ability to divide up the damage (and there is at least one point of damage to be assigned), you must choose at least one creature or the defending player, and can’t choose more total creatures and players than the amount of damage being assigned (minimum 1 point per player or creature). 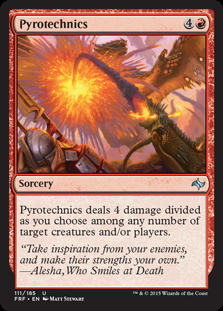 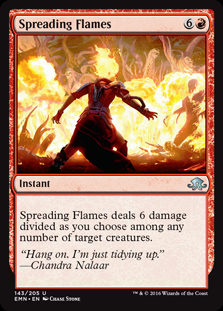 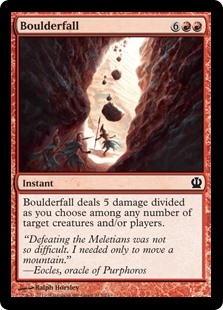