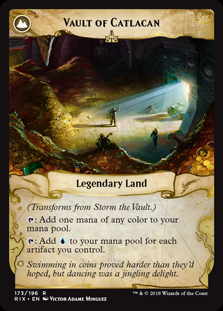 (Transforms from Storm the Vault.)

In a Two-Headed Giant game, if you control more than one creature that can attack, you attack different opponents so that Storm the Vault’s first ability triggers twice.