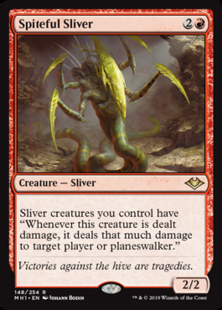 Sliver creatures you control have "Whenever this creature is dealt damage, it deals that much damage to target player or planeswalker."

The ability granted by Spiteful Sliver will trigger even if the Sliver is dealt lethal damage. For example, if a 2/2 Sliver blocks a 7/7 creature, the Sliver’s ability will trigger and it will deal 7 damage.

Damage dealt by the Sliver due to its triggered ability isn’t combat damage, even if it was combat damage that caused that ability to trigger.

If a Sliver is dealt damage by multiple sources at once (such as by two creatures blocking it), its ability triggers once and one target is dealt that much damage. 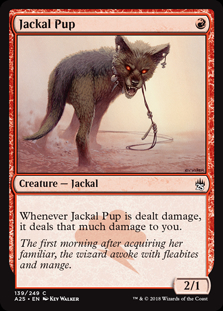 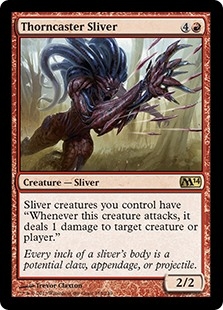 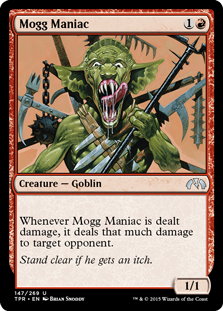