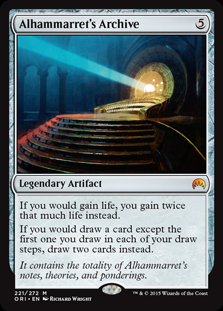 If you would gain life, you gain twice that much life instead.

If you would draw a card except the first one you draw in each of your draw steps, draw two cards instead.

If two or more replacement effects would apply to a card-drawing event, the player drawing the card chooses the order in which to apply them.

Because Alhammarret’s Archive is legendary, it’s unlikely that one player will control two. However, if that happens, life gained by that player will be multiplied by four. Three Archives will multiply that life gain by eight, and so on.

Similarly, the effects of the last abilities of multiple Archives are cumulative. If you control two, you’ll draw four times the number of cards, and so on. 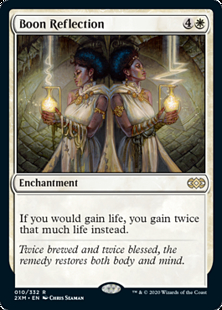 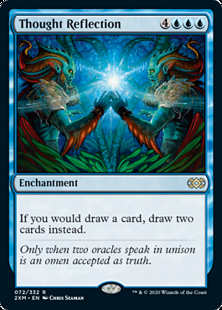 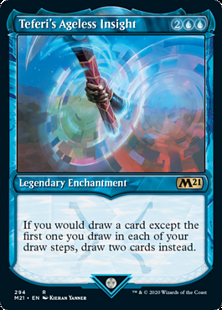