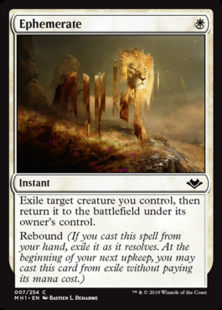 Exile target creature you control, then return it to the battlefield under its owner's control.

Rebound (If you cast this spell from your hand, exile it as it resolves. At the beginning of your next upkeep, you may cast this card from exile without paying its mana cost.)

If a token is exiled this way, it will cease to exist and won’t return to the battlefield.

Casting the card again due to rebound’s delayed triggered ability is optional. If you choose not to cast the card, or if you can’t (perhaps because there are no legal targets available), the card will stay exiled. You won’t get another chance to cast it on a future turn. If you do cast the card, it’s put into its owner’s graveyard as normal once it resolves.

If a spell with rebound that you cast from your hand is countered or doesn’t resolve (most likely because its targets have become illegal), none of its effects will happen, including rebound. The spell will be put into its owner’s graveyard and you won’t get to cast it again on your next turn. 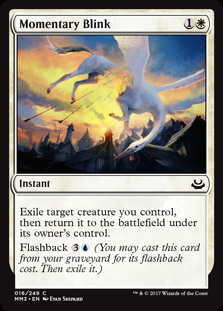 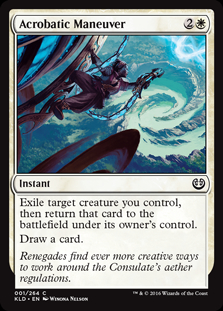 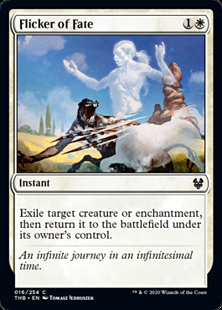