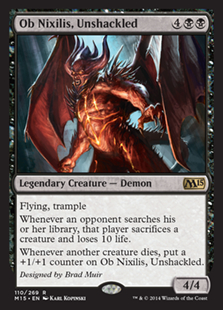 Whenever an opponent searches their library, that player sacrifices a creature and loses 10 life.

Whenever another creature dies, put a +1/+1 counter on Ob Nixilis, Unshackled.

Ob Nixilis’s first triggered ability won’t trigger if you search an opponent’s library or if an opponent searches another player’s library.

If the opponent controls no creatures when the first triggered ability resolves, that player still loses 10 life.

The first triggered ability won’t be put on the stack until after the spell or ability causing the opponent to search their library finishes resolving. Notably, if that spell or ability causes any other abilities to trigger (for example, if the opponent searched for a creature card and put it onto the battlefield), those abilities and Ob Nixilis’s triggered ability will go on the stack together. The active player puts all of their abilities on the stack in any order, then each other player in turn order does the same. The last ability put onto the stack this way will be the first to resolve, and so on. 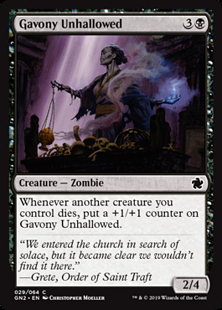 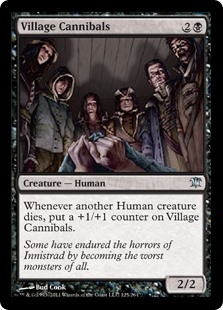 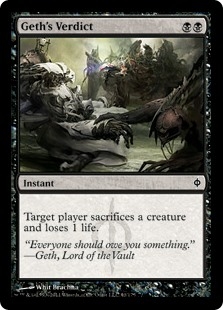