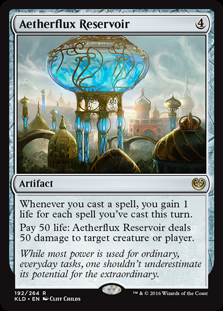 Whenever you cast a spell, you gain 1 life for each spell you've cast this turn.

The first ability counts the spell that caused it to trigger plus any other spells you cast earlier in the turn.

The first ability counts spells you cast earlier in the turn even if you didn’t control Aetherflux Reservoir as you cast them, and even if those spells were countered.

The number of spells you’ve cast is counted only as Aetherflux Reservoir’s triggered ability resolves. For example, if you cast a spell, then respond to the triggered ability with a second spell, you’ll gain 4 life total. 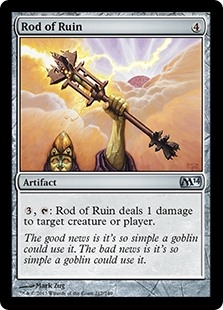 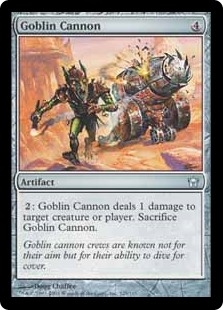 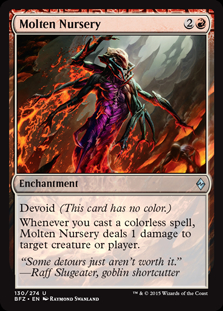