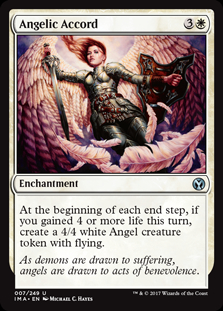 At the beginning of each end step, if you gained 4 or more life this turn, create a 4/4 white Angel creature token with flying.

Angelic Accord’s ability checks how much life you’ve gained during the turn, not what your life total is compared to what it was when the turn began. For example, if you start the turn at 10 life, gain 6 life during the turn, then lose 6 life later that turn, the ability will trigger.

In a Two-Headed Giant game, life gained by your teammate isn’t considered, even though it causes your team’s life total to increase. 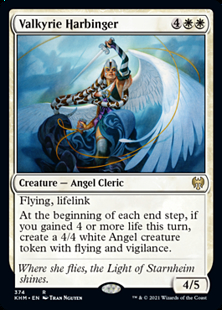 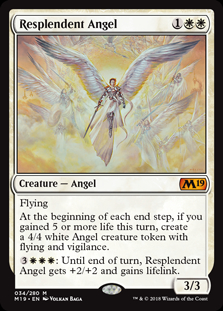 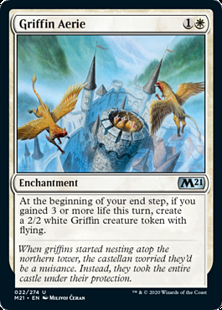