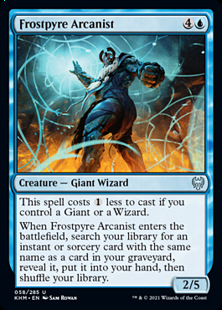 This spell costs {1} less to cast if you control a Giant or a Wizard.

When Frostpyre Arcanist enters the battlefield, search your library for an instant or sorcery card with the same name as a card in your graveyard, reveal it, put it into your hand, then shuffle your library.

If you control more than one Giant and/or Wizard, Frostpyre Arcanist still costs only {1} less to cast.

Once you announce that you’re casting Frostpyre Arcanist, no player may take other actions until the spell’s been paid for. Notably, opponents can’t try to change the cost by removing your Giants and Wizards. 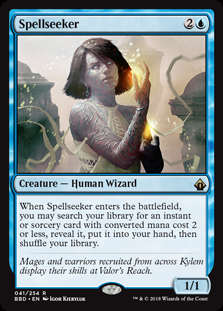 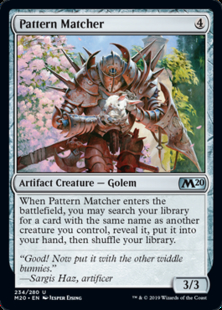 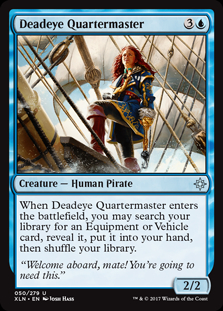