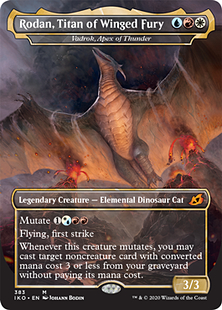 Mutate {1}{W/U}{R}{R} (If you cast this spell for its mutate cost, put it over or under target non-Human creature you own. They mutate into the creature on top plus all abilities from under it.)

Whenever this creature mutates, you may cast target noncreature card with converted mana cost 3 or less from your graveyard without paying its mana cost.

If you wish to cast the target card, you do so as part of the resolution of Vadrok’s ability. You can’t wait to cast it later. Timing permissions based on a card’s type are ignored.

If a spell has {X} in its mana cost, you must choose 0 as the value of X when casting it without paying its mana cost. 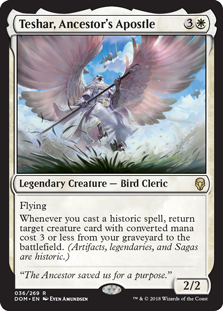 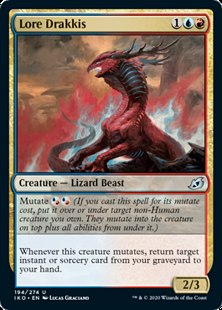 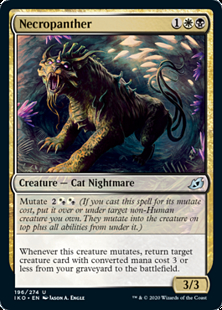